The cost issue of regulation is a recurring issue.

One can complain specifically, when companies are protesting about the "cost of regulation" or when the topic is taken as an object of study, through the cost / benefit calculation.

A practical question of importance is whether there is a "legal question" or not.

The "juridicity" of a question is defined by the fact that discussing about this question has an effect on the outcome of a case before a judge. This concrete definition, leaving the judge's power, binding nature of the rule (here the balance between cost and benefit) the effectiveness of its decision before the judge, its consideration by him in the decision he makes, has been proposed in France by Carbonnier. It is opposed to a definition of Law by the source, the author of the rule, which identifies law for example through Parliament Acts, because the text is adopted by the legislator, listed source of law.

The first definition, more sociological, more flexible, giving the spotlight on judge better corresponds to a legal system which gives more room for ex post and for the judge. It is logical that we find more demonstrations of this conception in the common law systems.

However, the issue of cost / benefit is being debated before the Supreme Court of the United States, about the latest environmental regulations, adopted by the Environment Protection Agency (EPA). It is a question of law. It is under the empire of the judge.

For it is in this light that President Barack Obama in November 2014 asked a very costly regulation, and it was under his leadership that the Environmental Protection Agency has developed texts. Indeed, pollution of certain plants are the cause of asthma and laid in public health imperative to fight a regulation that results in a direct cost on firms. Indeed, some plants pollution is the cause of asthma and President Obama has asked public health imperative to combat by a regulation that results in a direct cost on the industry. The regulations adopted in 2012 they cost a $ 9 million, some claiming that future ones could result in billions of costs directly related to business The President emphasized by stating that the health of children was priceless.

By challenging those of 2012 before the Supreme Court, in the case Michigan v. EPA, this is the other texts that conservative states and companies have in mind because it is the principle that is posed: : does A regulator have the right to take regulations very "expensive" when the advantage, however legitimate it is, is small-scale in terms of costs? The Supreme Court, having chosen to handle the case, listened to March 25, 2015, the arguments of each other and discussed the case.

However, not only the so-called judges "conservatives" as Justice Antonio Scalia, took position felt it was crazy not "consider" the cost of new regulations from the expected health benefits, but also Justice Stephen Breyer called "progressive," said "irrational" the environmental regulator has not taken in consideration such an imbalance between cost and benefit.

It is true that Justice Breyer was formerly professor of competition law at Harvard.

Judgment will be given in June. 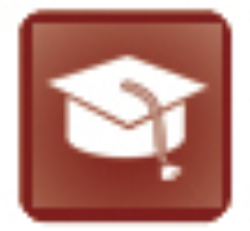