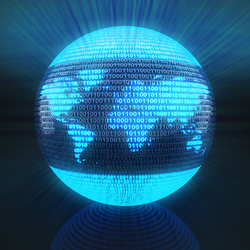 If one admits that Regulation is identified by the balancing of the principle of competition with another principle, a-competitive or anti-competitive, then peace is destined to slip into this technical definition of Regulation . So, it is possible to conceive relagulating of trade in terms of peace.
Indeed, if we consider that liberalism has links with competition, we can instead consider economic mechanisms which are "colored" by the concern for social justice, equitable distribution of wealth. For example the construction of infrastructure for the future common good can be interpreted as being relied on the concept of peace, conceived as Kantian project. Organized in this sensee, the regulation belongs to the public international law.
But we can design a system in a more economic perspective, more for the right business. Thus, the example "oil against food" program that you can just read it as a regulation of commerce, shows this sort of trade regulation is built to engender peace negatively  preventing build up war chests and allowing the citizens to be transformed in consumers.Furthermore, when the limitation of the rights of creditors had been done ​​by CERDI , it had been on behalf of the right of States to exercise a power expressly to "regulate" its money in disfavor th creditors but to bring peace through devaluation so that citizens can remain consumers.

Can we go further? Can we go beyond casuistry?