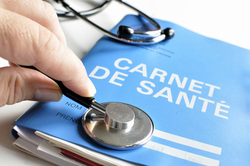 Health is a common good.

This is why, particularly in France, it is largely removed from the market mechanism, which by its nature excludes people who do not have the means, particularly pecuniary, to be applicants, and removed from which is consubstantial with the market, namely competition, to be regulated by the State.

This is primarily due to the fact that the State intervenes directly in its public establishments, which are the hospitals and the public officials who work there. This traditional regulation is retained in terms of price, since it is the State which sets the daily price in health establishments, and the pharmaceutical laboratories have validated in the transparency committee the prices of drugs reimbursed through health insurance funds and by the social group, through the Economic Committee for Medicines.

Even though there is no monopoly and many private players (pharmaceutical companies, clinics, health workers, etc.), we are very far from a regulatory scheme by authorities independent of the executive. However, France is approaching the Scandinavian model of the agency through the regional health agencies (ARS) which, in a decentralized way, oversee the overall organization of the health sector in a French region. We are thus more in a movement of deconcentration than in the movement of dismemberment that the Regulation Law has expressed.

In the same way, the European Agency set up has for the moment a role of concentration of information and observation, more than of regulation. This is undoubtedly due to the fact that health remains a question of political choice of level of protection, such as the social group is ready to pay, through compulsory levies weighing on all, problematic in distance of the competitive pattern. 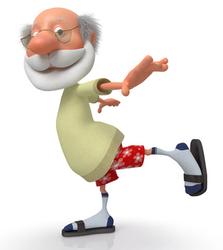 Any agent who has an economic activity in a space can be qualified as an "operator". Competition Law sees this as the very definition of "business". In this respect, Competition Law “neutralizes” anything specific that the agent may have, for example the fact that it is the State itself, since in a simply competitive market, any operator is is worth. Thus, a dominant operator is not monitored as such. Likewise, the neutrality of capital means that a public operator is not subject to a special regime.

In Regulatory Law, on the contrary, we seek to qualify operators to determine their specific function in the balance between competition and other principles. This is the case with the "incumbent".

This is why asymmetric regulation is implemented by the Regulator. It will consist in harming the incumbent operator, in a way that is nonetheless impartial because it is not a question of making effective the competition, the development of which is the finality of liberalization, by depriving it of its so-called "grandfather" advantages. for the benefit of new entrants.

Experience shows that in fact, incumbent operators remain, particularly in network industries, more powerful than new entrants. This is due to the fact that the formerly monopolistic national incumbents are reconstituting their power by making agreements between them.

The great interest of these three qualifications is that they are not legal but economic and therefore make it possible to regulate adequately, even if the operator is not expressly the operator in title of the network, to take its place directly and of its role in the sector.