📧 To regulate food sector, do not legally design everything in terms of markets, design in terms of chains, and companies connecting upstream and downstream 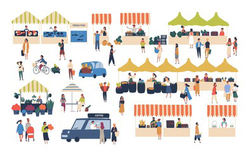 ►Under the scientific direction of Professor Emmanuelle Claudel, the French Association Droit et Commerce  devotes its annual conference to ➡️📅 "La concurrence dans tous ses états". In her introduction retracing the entire evolution of this Law, Emmanuelle Claudel underlined that competition Law takes a distance from its basic concepts, such as the notion of "market". The branch of Law is finding more and more points of contact with Regulatory and Compliance Law.

In fact, in an economic and social system whose organization needs to be readjusted, the notion of “chain" must find its rightful place in conjunction with the notion of "market". For many objects, it is relevant to think not only in terms of "market" but in terms of chains. Indeed the "chain" gives consistency to the object itself. For example forests or food, as European Commission did (I).

But looking more concretely at the economic space, directly seeing people and things, such as agricultural products and what they are used for, that is to say to feed human beings, then this "Monumental Goal" must be entrusted to Crucial Entreprises the task of achieving it (II). Compliance Law can in the future caring of this, by setting new obligations, but also by loosening the so violent relationship, by its very indifference, between competition and food products.

I. NO LONGER THINK ONLY IN TERMS OF "MARKETS" BUT IN TERMS OF CHAIN: THE EXAMPLE FROM THE FARM TO THE FORK

We are starting to assert this for the forest but also for agriculture that the European Commission now connects with food. So food should not be seen simply as a succession of "markets". In fact, if we only conceive them in this way, the agricultural markets, which should benefit from the financing offered by financial markets, are sometimes grabbed by them, which can literally starve the world rather than helping to feed it.

Today, we agree to think about agriculture as a "chain" and, as the European Commission writes: From farm to fork. Indeed if agriculture is an important "sector" it is because it allows to feed the population. This basic fact has often been forgotten, in particular because competition Law, based on trade in products and not on the products themselves (of which it only measures the substituability, to identify the relevant markets) is not interested in what things are made for. We should not blame it, but in return, it cannot claim to dominate everything, since it is only pertinent for this small part of our life.

European Commission, which is emerging more and more from the neutral notion of the market to move towards the substantive notions of products and of what they are made for, of their results (happy or unhappy), is in the process of setting up an industrial policy and what could be a real agricultural policy, which is not made only of subsidies.

It consists in saying that it is necessary to design a chain which starts from the soil, its agricultural and livestock use to achieve what it is for: feeding the population.

It seems simple, but in a Law dominated by the sole Competition Law, which fought for example by the techniques of price support, it is a new way, because it is concrete, to conceive.

Because Economy does not necessarily have to be administered, Compliance Law can be of great help, especially through the wholesale markets.

II. INTERNALIZING THE MONUMENTAL GOALS OF AGRICULTURAL SECTORS IN THEIR CRUCIAL ENTERPRISES

Rather than administering the sectors, it is advisable to internalize in crucial companies the Monumental Goals which concern the future of the social group, for example feeding the population.

It is for this reason that we must conceive "wholesale markets", not only as does Competition Law, which qualifies them as markets between the producers and the resellers, but as companies which are, within vital chains, are in charge of supervising the link between upstream and downstream so that the goal is realized.

Wholesale markets for food therefore have a decisive role to play, as demonstrated by the French Rungis market company which, during the time of the health crisis, helped to ensure the continuity of supply (see more generally Journal of Regulation & Compliance (JoRC) and Montpellier University, ➡️📅colloquium Public Norms and Compliance in times of crisis: monumental goals put to the test, contributions serving as a basis for a chapter in ➡️📘Compliance Monumental Goals, 2022).

The internalization of these Goals in Companies resolves the aporia with which States are confronted in their intimacy with the notion of borders.

"Wholesale markets" are businesses where retailers go to get their supplies every day, remembering what the market place was like, remembering the time when the market is the place where human beings met, where the exchanges were not between capital and commodities but between people (Supiot, A., ➡️📕Mondialisation ou Globalisation, 2019).

These companies are grouped together in a global association: the World Union of Wholesale Markets. For wholesale companies, it is a question of coming together to ensure that the chains operate from soil maintenance to the mouths of human beings.

Because it is so difficult to find a World Regulator which is at the same time legitimate and effective in agricultural matters.

It is possible that a public regulator is more legitimate but it is for the moment impossible to establish worldwide (see generally ➡️📕Collart-Dutilleul, Fr. and Le Dolley, E., ed., Droit, économie et marchés de matières premières agricoles, 2013).

Therefore, an alliance between the political authorities, which care about public health and crucial companies, of which these "wholesale markets" are an example, by "Compliance Obligations" thus understood, is a concrete prospect.

This then results in an obligation and a power of Vigilance and coordination, which can already be found in banking (a sector where Compliance Law is more mature than elsewhere) which must develop, rather than being the object of the segmentation that, by nature, traditional Competition Law generates, market by market, market against market.

📧Regarding Compliance: Observations on the first steps of the European Public Prosecutor and her conception of the EPPO's Action: on Health, Infrastructures and Agriculture

► It is in its "Risk and Compliance" section that the Wall Street Journal, by its article of June 18, 2021 (➡️📝Europe's Chief Prosecutor Has 300 Cases on Her Plate Already), presents the first steps of the European Public Prosecutor’s Office, since June 1, 2021.

This inclusion presupposes that it is through a Compliance Law perspective that this new body must be understood, in order to understand and anticipate its action.

➡️📧Frison-Roche, M.-A., European Public Prosecutor's Office comes on stage: the company having itself become a private prosecutor, are we going towards an alliance of all prosecutors?, June 2, 2021

I. AN ACTION THAT WILL FOCUS ON FIGHTING THE MEANS USED TO DAMAGE THE FINANCIAL INTERESTS OF THE EUROPEAN UNION

The article of the Wall Street Journal takes the form of an interview with the European Prosecutor. Her responses also confirm the consubstantial link between European Public Prosecutor's Office and Compliance Law.

However, the 2017 European Regulation which established the European Public Prosecutor’s Office said that its "mandate" is to prosecute offenses affecting the "financial interests of the European Union", without being hampered by the cumbersome procedures for cooperation between States while these offenses are most often cross-border.

But one could think that, knowingly taking the means (corruption, money laundering) for the goal, the European Public Prosecutor's Office would immediately pursue not only the defense of the financial interests of the Union (admittedly financial interests damaged by corruption or money laundering) but these facts themselves: thus the European Public Prosecutor's Office works with the European Supervisory Authorities, in particular banking and financial authorities, which fight in Ex Ante against these offenses and prevent them.

II. AN ACTION THAT FOCUSES ON SECTORS NOT LEGALLY REGULATED IN EX ANTE BY SECTORAL REGULATORY AUTHORITIES

Moreover, it will be noted that the European Prosecutor is targeting three economic sectors which are not "regulated sectors" in the legal sense of the qualification, that is to say not monitored by a sectoral Regulatory and/or Supervision Authority: Health, Infrastructure and Agriculture.

Thus, the power of Regulatory Law, which relies in its Ex Ante, and its weakness, which derives from the pre-required existence of a sectoral Authority, is compensated: the action of the Public Prosecutor's Office is not limited to legally regulated sectors.

While Competition Authorities are mandated (➡️📅La concurrence dans tous ses états, June 25 and 26, 2021) to protect the competitive functioning of the markets, a Public Prosecutor's Office can deal with any infringement without having to determine a market.

What the new European Prosecutor is aiming for, namely Health, Infrastructures and Agriculture, have undoubtedly been damaged both by the sole primacy of the Competition perspective and by a Criminal Law constrained by the difficult inter-State cooperation, even though they are not subject to a supranational Ex Ante Regulation.

The European Public Prosecutor's Office aims to directly improve this, through Entreprises acting in Health, Infrastructures and Agriculture. 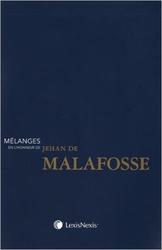 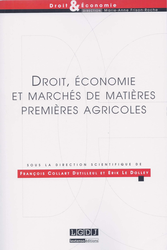 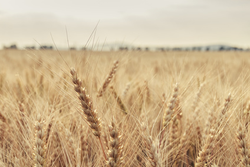 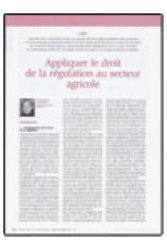