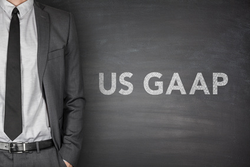 Accounting is a kind of photography of the "value" of the company, of its heritage, balancing its assets and liabilities but also integrating its past activity but possibly its future activity. Accounting, an information tool, becomes a tool not only for the manager, the shareholder, the co-contractors, but also for the present or future investor, that is to say the market.

Classical accounting, of German origin, valued the company's assets at their historical cost (for example the purchase price of goods), but the new accounting standards, under British influence and through the proposals of the International Accounting Standards Board (IASB), wanted to bring together the notion of value and that of the market. Indeed, a property has a value corresponding to the price that a potential buyer will give it and not to the price that its current owner has paid to acquire or control it. This notion of fair value or market value has led to the valuation of assets at their net asset value. We have therefore come closer to more exact prices, in line with the very notion of competitive prices but also extremely variable with the markets, the financial markets themselves being disconnected from the real economy by speculation. As a result, weakening markets weakened balance sheets and a domino effect playing between balance sheets and markets, especially with regard to banks, greatly contributed to the 2008 financial crisis. However, while financial activity did not cannot be thought of apart from an accountancy playing a central role in the information and in the confidence of the investors, the basis of the current accountancy, inseparable from the regulation of the banking and financial market, has not been replaced for the moment.