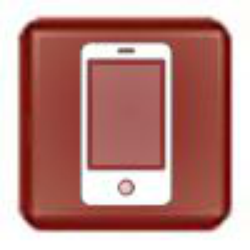 The French Council of State (Conseil d'Etat) confirms the wide and therefore severe application of the sanctions mechanism in the Compliance Law concerning the freezing of assets, by its decision of November 15, 2019, La Banque Postale v. ACPR 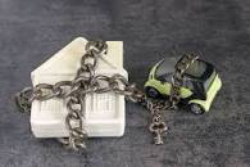 The Autorité de contrôle prudentiel et de résolution - ACPR (French Authority of prudential control and resolution) pronounced a very high sanction, representing 7% of La Banque Postale's net annual result. The breach is constituted by the fact of not having prevented the use of the banking technique of the "money order" which was used to escape the freezing of the assets.

The Conseil d'Etat recalls that by nature if the assets are frozen, it is not possible that anyone is able to dispose of these assets. However, by the use of "money orders", persons targeted by asset freezing decisions, tools used in connection with the fight against money laundering and the fight against terrorism, had been able to circulate money to from accounts managed by La Banque Postale, of which they were not customers.

This case was not foreseen at the time when the Bank Postale was sanctioned by the ACPR for not having prevented such a use, the texts forcing it under its obligations of "conformity" to prevent this behavior of violation background gels on the part of his customers, but only that.

This case of a use of a means by a person who is not a customer of the bank was not foreseen at the time when the alleged facts took place and the Bank claims not to be able to be punished since in the repressive matter it is necessary to respect the principle of non-retroactivity of the texts, - in this case texts later supplemented to aim at such an assumption -, the non-retroactivity being a major principle itself related to the principle of the legality of the offenses and the penalties.

We are therefore in the hypothesis of a silence of the texts.

What to decide? Can the Bank be condemned and so heavily or not by the ACPR?

The Bank does not think so.

It acted against this sanction decision firstly because those who used these money orders were not its clients. It has strong reasons to avail itself of this fact, since subsequently the texts needed to be modified to aim not only the use of this technique of money order by those who have a count in the bank and also by those who act with cash through the bank without a count, that is to say without an account holder to look at. Because we are in criminal matters, the restrictive interpretation and non-retroactivity of the text should lead to follow the reasoning of the Bank. But the Conseil d'Etat does not because it considers that implicitly but necessarily even with this subsequent modification of the text, it had aimed that use before.

By this way, the Conseil d'Etatuncil develops a very broad concept of the obligations of banks in their role in the fight against money laundering, and therefore a very repressive point of view, which permeates their "obligation of Compliance". Thus, when the bank also argues that it can not be sanctioned since for it this activity of money order is  deficit and that it did not cause harm to its customers even by assuming badly its obligations, theConseil d'Etat stresses that this is not a pertinent perspective since the Compliance obligations falls within the "overriding general interest of protection of public order and public security, to which the freezing of assets legislation responds".

Read the  judgment of the Conseil d'Etat ( in French).